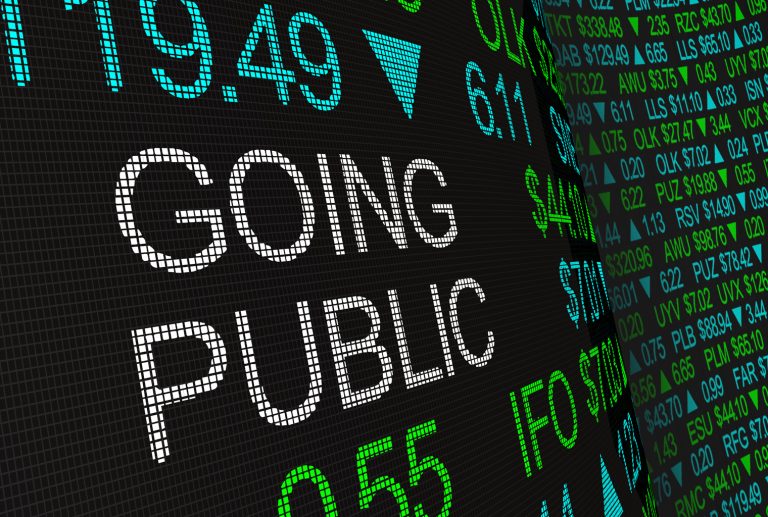 According to reports, bitcoin mining manufacturer Bitmain Technologies confidentially filed for a U.S.-based initial public offering (IPO) with the Securities and Exchange Commission. The news follows the alleged removal of cofounder and executive director Micree Zhan and the recent announcement of a facility in Texas with the capacity to house 300MW of hashpower.

The U.S. Securities and Exchange Commission (SEC) currently has two mining manufacturers to approve for IPO status in the country. According to Tencent News, the IPO is sponsored by the financial giant Deutsche Bank and it was filed at roughly the same time Canaan Creative filed for its IPO earlier this week. Canaan the makers of Avalon mining rigs and chips filed for a $400 million IPO on Nasdaq but the Bitmain valuation is currently unknown. Tencent’s (sycaijing.com) translated editorial details that Bitmain has hired China-based executive Zheng Hua who once worked with Nasdaq, so there’s a chance the company’s filing is similar to Canaan’s filing as far as listing status.

The news follows Bitmain’s recent push in Rockdale, Texas where the firm is building a bitcoin mine with up to 300 megawatts (MW) of hashpower. So far the facility houses 25MW and another 25MW will come online soon according to Bitmain. Last year, the company also filed an IPO prospectus in Hong Kong in order to be listed on the Hong Kong Stock Exchange (HKSE). However, in March 2019 the Chinese mining giant let the application lapse and did not file another IPO prospectus in the country. Canaan also filed an IPO in Hong Kong and let the application slide as well. Confidential or ‘secret’ IPO filings are not uncommon in the U.S. as the SEC approved such filings in June 2017.

Additionally, Bitmain has released and shipped a wide variety of next-generation bitcoin core (BTC) and bitcoin cash (BCH) miners this year. Despite the FUD last year, the company has managed to produce at least 10 new machines including a special edition S9 Antminer. According to Asicminervalue.com, while filtering SHA256 miners specifically, the company’s S17 series rigs are the top two bitcoin miners today just above Innosilicon’s T3. The S17 series Antminers produce a whopping 50+ terahash per second (TH/s) and the firm’s machines coming in December will generate 70+TH/s according to specifications. Machines have been delivered even though there have been rumors of a 7nm shortage at the semiconductor foundries since the last two Samsung and iPhone launches.

The IPO filing news also developed after the recent headlines that said Micree Ketuan Zhan, the cofounder of Bitmain, was ousted. Leaked reports disclosed that Bitmain cofounder Jihan Wu disagreed with Zhan in regard to the artificial intelligence (AI) chip production which is allegedly floundering. Wu has reportedly taken over the head leadership position at the company and Zhan’s dismissal was “effective immediately” and includes “all roles” at the firm.

“Bitmain’s co-founder, chairman, legal representative, and executive director Jihan Wu has decided to dismiss all roles of Ketuan Zhan, effective immediately,” a circulating email disclosed. “Any Bitmain staff shall no longer take any direction from Zhan, or participate in any meeting organized by Zhan. Bitmain may, based on the situation, consider terminating employment contracts of those who violate this note.” Since the Bitmain management shake-up, the price of bitcoin cash (BCH) rose by double digits on October 29.

What do you think about Bitmain confidentially filing for a U.S.-based initial public offering (IPO) with the Securities and Exchange Commission? Let us know what you think about this subject in the comments section below.

Disclaimer: This article is for informational purposes only. It is not an offer or solicitation of an offer to buy or sell, or as a recommendation, endorsement, or sponsorship of any products, services, or companies. Bitcoin.com does not provide investment, tax, legal, or accounting advice. Neither the company nor the author is responsible, directly or indirectly, for any damage or loss caused or alleged to be caused by or in connection with the use of or reliance on any content, goods or services mentioned in this article.

Do you need a reliable Bitcoin mobile wallet to send, receive, and store your coins? Download one for free from us and then head to our Purchase Bitcoin page where you can quickly buy Bitcoin with a credit card.