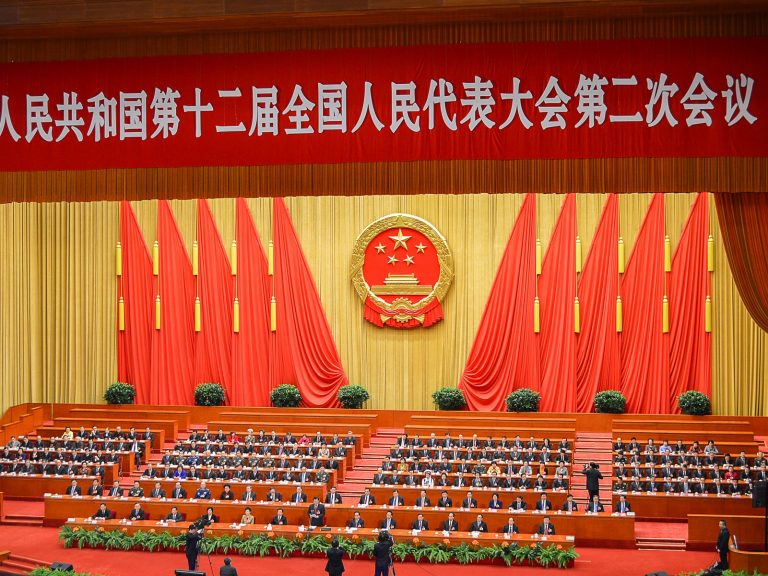 Blockchain development has kind of become an element of the party line in the world’s largest officially communist state. The General Secretary of the Communist Party of China, Xi Jinping, recently told a Politburo meeting that the People’s Republic has to gain an edge in the emerging field. Some say Xi’s statement brought back the smiles of crypto investors and was the main reason for the recent market spike. But is it really that simple?

In his remarks to the participants in a group study session of the CPC Central Committee Political Bureau, the Chinese president “underscored the important role of blockchain technology in the new round of technological innovation and industrial transformation, urging more efforts to quicken development in the sector.” That’s a direct quote from a report by the state-run news agency Xinhua, which covered the meeting that took place this past Thursday.

China must gain an edge in this field, the statesman said, in its theories and in its industries, he elaborated. But to achieve that, more efforts should be made in order to strengthen the basic research conducted in the most populous country and to boost innovation in one of the oldest nations. The accomplishment of that goal lies in the advancement of “coordinated key-task tackling” and the acceleration of “breakthroughs in key technologies.” These should provide “safe and controllable technological support for blockchain development and its application,” Xi added.

The People’s Republic has to increase its influence and rule-making power in the global arena and its president believes this could happen through stepping up research on the standardization of blockchain and its deep integration with other information technologies, the digital economy, and the real economy in general. Submitting a number of demands for the implementation of blockchain in multiple spheres of the Chinese society, government and economy, Xi finally stressed how essential it is to make sure that the technology plays a bigger role in building China’s strength in the cyberspace and ultimately advancing the country’s economic and social development.

China’s Influence in the World Grows

China is now an important geopolitical factor and any comments made by its head of state do matter. Beijing holds $1.11 trillion of U.S. debt as of May this year, while the U.S. dollar is still the world’s reserve currency facilitating global trade. Some analysts believe China will be the next leading superpower, economically at least, and if it succeeds in overtaking the American economy, its national fiat, the renminbi could become the new global reserve currency. To achieve that, however, Beijing needs to address a number of issues. First of all, many, especially in the United States, would point out that the RMB is artificially undervalued to help bolster Chinese exports. Then China has its own set of economic and financial problems, not very different from the West’s. The country’s banking system is currently facing debt and liquidity issues affecting dozens of small lenders, with the first bank collapse caused by these problems recorded earlier this year. The People’s Bank of China is pushing hard for its version of quantitative easing, trying to convince commercial banks to seek recapitalization through the perpetual-bond market. A “digital yuan” has been in the making, with the PBoC recently hiring six crypto experts to work on its development, but make no mistake – this yuan will be just as fiat as the paper one or the greenback.

China’s importance has been growing in the crypto space as well. Some of the industry’s most prominent platforms, leading crypto exchange Binance for example, have their roots in the People’s Republic. Unfortunately, the government in Beijing is not a supporter of decentralized currencies and has effectively banned crypto trading platforms and coin offering projects from the mainland. Blockchain without Bitcoin, however, is merely a smart way to build databases. China’s new focus on the technology, as an end in itself, will hardly bring any long term good to permissionless cryptocurrencies. Nevertheless, Xinhua’s report about Xi’s endorsement of blockchain was quickly followed by a sudden spike of prices across crypto markets. Call it a coincidence if you wish, but many think it wasn’t.

China is also a pronounced leader in bitcoin mining, thanks to cheap and abundant electrical energy and suitable climatic conditions in some of its regions. Chinese mining pools control over 70% of the BTC network’s hashrate. The Asian country manufactures the bulk of the mining equipment sold today with Beijing-based Bitmain being the leading producer of specialized hardware. China hasn’t yet implemented an official ban on cryptocurrencies and has been turning a blind eye to mining, but what if one day Politburo decides permissionless currencies are not good for the Chinese people and pulls the plug on Chinese miners because they consume a lot of electricity? House sparrows were once declared public enemy number one in the People’s Republic. Killing as many of them as possible was set as a priority during the Four Pests Campaign in the ‘50s and ‘60s. A single bird can steal four pounds of grain per year from the hungry Chinese workers and peasants, the communist government estimated. However, once the sparrow population was severely depleted, grasshoppers swarmed the countryside in the absence of their natural predator. Taking out an element deeply integrated into the ecosystem ultimately caused more people to starve in what became known as the Great Chinese Famine.

Do you think China will eventually embrace decentralized cryptocurrencies now that it’s clearly focusing on blockchain development? Share your thoughts on the subject in the comments section below.

Did you know you can buy and sell BCH privately using our noncustodial, peer-to-peer Local Bitcoin Cash trading platform? The Local.Bitcoin.com marketplace has thousands of participants from all around the world trading BCH right now. And if you need a bitcoin wallet to securely store your coins, you can download one from us here.